When it came time for Choice to facilitate a technology overhaul, building a new part was a necessary component. Choice is a publishing unit of the Association of College and Research Libraries (ACRL), which falls under the umbrella of the American Library Association. Their publications include Choice magazine and the Choice Reviews database.

Updating Technology
Creating an app was part of a push to modernize Choice’s offerings.

Director of Operations Rachel Hendrick knew that if they created an app, their members would use it.

“Librarians, and especially academic librarians, tend to be early adopters of technology,” she said.

“The goal in the beginning was to replicate the journal and try out this new media channel. Choice had not done an app before, and so we thought, ‘Well, we don’t know how our user is going to respond.’” 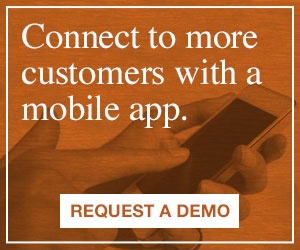 When forming this app, the main idea was to put Choice monthly magazine on the app. Walsworth techs were also able to tinker with the review section. Choice publishes hundreds of short reviews in each magazine, and programmers were able to make those reviews searchable and savable.

“There was a lot more functionality than the magazine gave us,” said Hendrick.

Once the app had been out for a year, Choice did a focus group. Hendrick said the findings were promising.

“Even though we weren’t getting stellar member engagement metrics, users really do use apps. All kinds of apps,” she said.

One reason they were missing many people was because their app was only available on Android phones and iPads, but not the iPhone.

They decided to change that, but were concerned about cost. They’d just created a new app one year ago. Choice solved that problem by teaming up with the greater ACRL organization for their second app.

The new ACRL/Choice app would not be a replication of their printed publications – they already had that app. Instead, the goal was to create an interactive sampling. Hendrick wanted to join their audiences – both Choice and ACRL target librarians, but different segments of that population.

“It was a way for us to bring our branch together, it was a way for ACRL to get in the mobile space,” said Hendrick. “By joining forces and joining budgets, we’ve been able to produce content that’s far more dynamic.”

While the first app was updated only monthly, the second is updated daily. Hendrick said they’re reaching a wider audience, too.

“It’s only been five months now, but we’re hoping that when we go back and talk to our users, that they say, ‘Yeah, it’s really cool because we didn’t know that this other content existed.’”

Hendrick knows this app isn’t going to be the next Angry Birds. Choice and ACRL aren’t measuring their success in massive download numbers or millions of engagements. ACRL has 11,000 members, and the goal with the app is to repeatedly engage with that core audience.

“Don’t focus on (the) number of apps downloaded, but on number of people who are visiting over and over again,” said Hendrick.

The Membership and Community page appeals to ACRL members. It includes the member of the week, different advocacy initiatives, and a sampling of content from the ACRL Insider Blog.

The Collection Development page includes material from Choice, such as a sampling of reviews and content from the magazine. The page also incorporates bibliographic resources.

The final page focuses on professional development and curates content from many places, including highlights from the ACRL Member blog.

Why Walsworth?
When looking for someone to create their apps, Walsworth didn’t initially spring to mind. Hendrick said they looked around, but were having trouble finding someone to fit their niche.

“I couldn’t find anyone who really understood our space. We occupy this very strange place in publishing, where we’re kind of B2B, but we’re nonprofit. We’re not really B2B because we’re an association publishing unit. So it’s not academic publishing, it’s not association, it’s not B2B, it’s this weird space,” said Hendrick.

Choice looked at several different vendors, but couldn’t find one who was the right fit. Then, Director of Information and Production Services Lisa Gross suggested Walsworth. She’d worked with Walsworth for printing projects, and knew the company builds custom apps.

Choice reached out to Walsworth, and Walsworth was able to meet their needs.

“You guys really understood the space that we occupied,” said Hendrick.

“When people heard it was available on phone, they were downloading it in front of me.”

Some unexpected benefits have resulted from the second app, she said. It was built through Adobe AEM Mobile. The user-friendly setup doesn’t require a designer to update the app. Because of that, updates don’t fall solely on Hendrick’s shoulders. Everyone at Choice is involved.

“I think it makes it better. It makes people in the office far more engaged, which I think is showing in the kind of content we have in the app.”

Many people in the office have offered ideas, and Hendrick is contemplating a redesign that will incorporate those ideas.

Work with Walsworth
Walsworth would like to work with you to create the perfect app for your organization. Learn more about our publishing app team here or start a conversation.