With 500 million tweets sent each day by more than 300 million monthly active Twitter users — 80 percent of whom are using the platform on mobile devices — it’s a no-brainer to use Twitter for business. But not all businesses are using their accounts to their best advantage.

While almost all of the top 100 global brands work to improve SEO with Twitter profiles, only half tweet at least once a day, which illustrates that the other half of the biggest companies in the world still have some room to grow, at least in the social media marketing department. Not only should companies on Twitter strive to send regular tweets, they should also make Twitter Ads a priority in their content marketing strategy.

Greater Reach Through Twitter Ads
While conversation-sparking tweets, links to your robust offsite content, and retweets and responses are great ways to connect with your audience, Twitter Ads can give your business even greater reach and even deeper connections. These ads should be an important part of your social media marketing budget to drive business and engagement.

Businesses of any size can leverage Twitter Ads to drive traffic to their websites, attract more followers and capture leads that may result in customers or clients. 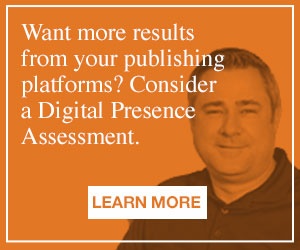 Twitter has been offering ads since 2010 and has three basic types of advertising in its traditional offerings: Promoted Tweets, Promoted Trends and Promoted Accounts. In August 2014, Twitter launched Objective-Based Campaigns as a way to optimize campaign performance with Twitter Ads, which are available for small and medium-sized businesses and Twitter API partners. These are still in the beta phase.

Let’s look first at the three types of Twitter Ads:

1) Promoted Tweets
Promoted Tweets are regular tweets that reach more users. They are labeled as promoted, but otherwise are like any other tweet. You’ll want to use these wisely, directing your best content to the proper audience at the best time of day to reach that audience.

You can also drive awareness for your company, expanding the reach of written content such as blog posts, articles and white papers; hinge content around product launches and event promotion; deepen connections with brand advocates and influencers; and grow your audience through retweets of your posts.

Promoted Tweets may appear at the top of search result, in some users’ Home Timelines, and on mobile Twitter apps. Users see Promoted Tweets on their timelines if the content is relevant to those users, based on how they follow, what they retweet and other factors.

When a user clicks on a Promoted Trend, he or she will see Twitter search results for that particular topic, along with a related Promoted Tweet from the advertiser.

3) Promoted Accounts
Promoted Accounts are those suggested to users who don’t currently follow them but may find them interesting based on current Twitter usage. They show up in timelines, search results and the “Who to Follow” section. The suggestion is clearly labeled as promoted.

These campaigns, which can be combined with traditional Twitter Ads, are dynamic and offer robust methods of content creation. Users who are Twitter-smart and design-savvy can leverage these tools for eye-catching content that can make waves in the Twitter world. Not only that, business people can follow trends and analytics through tools available through their Twitter Ads accounts. Twitter has extensive resources and information available to help advertisers plan their campaigns and best utilize the Twitter advertising platform.

#EndAlzheimers Campaign Made Waves
The Alzheimer’s Foundation is a prime example of an organization that successfully leveraged a combination of the new Objective-Based Campaigns with the traditional Promoted Posts.

The nonprofit organization, during Alzheimer’s Brain Awareness Month in June 2015, launched two Promoted Trends focusing on the hashtag #EndAlzheimers. These Promoted Trends were paired with a number of Objective-Based Campaigns that focused on driving tweet engagements, leads and website clicks.

The #EndAlzheimers Trend, which was also helped by purple-shirt-wearing celebrities who encouraged people to make the “Purple Pledge” to help increase awareness of Alzheimer’s, was such a success that the Alzheimer’s Association ran another Promoted Trend a couple of weeks later with the same hashtag.

This is just one of many Twitter Ads success stories. Perhaps yours can be one of the next.